Kris began performing music at the age of five when he played drums with his father's trombone quintet on "The Little Drummer Boy."  At age ten, he started playing the alto saxophone in the school band.  Kris' musical interests broadened and at age twelve he added percussion and the electric bass to his repertoire.  His primary focus became the electric and upright bass and at age fourteen he took a serious interest in Jazz and other improvised music.  In addition to playing the bass, percussion, and sax in school bands, his participation in choir became a major building block for the musician Kris would one day aspire to be.  During his senior year in high school, Kris was appointed Student Director of the Varsity Women's Choir where he discovered a blossoming passion and skill for teaching.  That same year, he began formal electric bass lessons with Baba Elefante, notable L.A. freelance & session bassist, which remains one of Kris' inspirational cornerstones.

After graduating high school in Yucaipa, California, Kris attended Riverside Community College.  He focused on Jazz Composition under the direction of Charlie Richard, Associate Professor of Music & Performing Arts at RCC and also studied Small Ensemble Performance & Improvisation with Jeff Ellwood and Classical Bass with Richard Libertini.  While attending RCC, Kris wrote several pieces for the Jazz Ensemble and Jazz Combo which were performed for competitions and festivals and have since been recorded by various professional musicians.  (See Media Tab for Videos)

In 2005, Kris moved from California to Austin, TX to continue his Jazz Composition studies at the University of Texas' Butler School of Music.  While attending UT, Kris had the distinction of performing with many talented ensembles while also studying bass with John Fremgen and composition with John Mills.  Soon thereafter, he began performing throughout Austin with a variety of artists, his methodology suitable and sought after for a wide array of musical styles.  Kris rapidly became a lead talent in his field because of his unique stylization and passion for quality and excellence.  During his first year in Austin, he thoroughly embraced his musical spirit, pursuing the piano with more intensity as a secondary instrument.

In 2010 & 2011 respectively, Kris performed at the prestigious Rochester International Jazz Festival & the Monterey Jazz Festival with Erik Telford Collective.  For several years he was also an honored clinician at the University of Idaho Lionel Hampton Jazz Festival where he adjudicated and gave master classes to a variety of high school jazz ensembles.  Kris has performed at many notable venues in Austin, including:  The Long Center, One World Theatre, Antone's, The Parish, The Elephant Room, One 2 One, Stubb's, The Saxon Pub. He has also performed at Bluebird Cafe in Nashville, The Viper Room, BB King's, and The Baked Potato in LA, The Iridium in NY, Chris' Jazz Cafe in Philadelphia, and GiG Performance Space in Santa Fe, NM.

Currently, Kris is a prominent freelance and session bassist in Austin, TX.  He performs regularly with his band First Year on Earth as well as Erin Ivey, John Mills Times Ten, The Royal Dukes, GATO 6, and a variety of other artists.   He aspires to become more active as a composer and to follow life's pathway which music continues to carve out before him.  Kris remains always interested in new musical projects that have potential for enriching and inspiring people's lives.  Aside from performing and composing, Kris teaches private lessons on bass, piano, and guitar out of his home studio.  He also teaches improvisation and composition to instrumentalists and vocalists of all types.  To view Kris' complete resume, including discography and performance credits, click here. 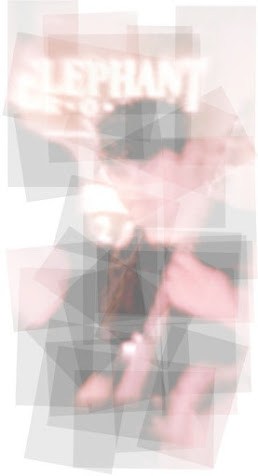